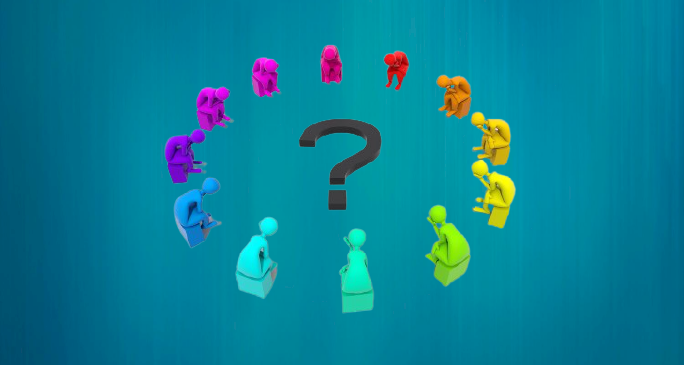 Recently I watched the film release of “Evolution of the Heart”, which is a narrative between the Dalai Lama, evolutionary biologist David Sloan Wilson, and social scientist Pumla Gobodo-Madikizela. I particularly enjoyed hearing Pumla speak about the philosophy of Ubuntu which she explains about 20 minutes in. However, I trust you will find the whole documentary worthwhile if you hold value in common humanity. As the documentary started, I asked myself, “How Can 7 Billion People Get Along?”.

The film was released by the Mind & Life Institute on July 6th this year in honour of the Dalai Lama’s birthday.

The Dalai Lama asserts that, “Individual survival entirely depends on community”. With this in mind, he says that consequently, taking care of community, is utlimately taking care of yourself.

For me, common humanity is much like compassion in that it it speaks of non-judgment. With this intention, it feels much safer to be seen, heard and recognized. In other words, it’s interesting that we yearn to be seen and heard, yet also fear it out of concern for being judged or ostracized.

What would it be like to fully be ourselves and be listened to, believed, and understood? How can we create the possibility for that?  To put it differently, how can 7 billion people get along???

Forgiveness creates space for healing and allows for reconnection with common humanity, while also demonstrating the power of ubuntu.

The Dalai Lama also spoke about warmheartedness in this documentary. This word is often associated with lovingkindness, empathy, and innocence. These qualties are vital for common humanity and create conditions for global harmony. If you decide to watch the documentary Evolution of the Heart, I would love to read about your insights and takeaways in the comments section below. Much gratitude for the Mind Institute for the release of this 37-minute film!

Watch Evolution of the Heart

Jennifer Regular is a Spiritual Mentor lighting your path during times of reckoning and deep healing. Her offerings transform wounded healers and empower empaths into soul-aligned Healers/Coaches/Teachers/Visionaries who embody their truth. When you are ready to experience clarity (in decisions and direction), freedom (liberation from holding patterns) and joy (radiant well-being) then head over to www.lightingthepath.ca and book your FREE 20 minute Discovery Session.

Scroll Up
We use cookies on our website to give you the most relevant experience by remembering your preferences and repeat visits. By clicking “Accept All”, you consent to the use of ALL the cookies. However, you may visit "Cookie Settings" to provide a controlled consent.
Cookie SettingsAccept All
Manage consent

This website uses cookies to improve your experience while you navigate through the website. Out of these, the cookies that are categorized as necessary are stored on your browser as they are essential for the working of basic functionalities of the website. We also use third-party cookies that help us analyze and understand how you use this website. These cookies will be stored in your browser only with your consent. You also have the option to opt-out of these cookies. But opting out of some of these cookies may affect your browsing experience.
Necessary Always Enabled
Necessary cookies are absolutely essential for the website to function properly. These cookies ensure basic functionalities and security features of the website, anonymously.
Functional
Functional cookies help to perform certain functionalities like sharing the content of the website on social media platforms, collect feedbacks, and other third-party features.
Performance
Performance cookies are used to understand and analyze the key performance indexes of the website which helps in delivering a better user experience for the visitors.
Analytics
Analytical cookies are used to understand how visitors interact with the website. These cookies help provide information on metrics the number of visitors, bounce rate, traffic source, etc.
Advertisement
Advertisement cookies are used to provide visitors with relevant ads and marketing campaigns. These cookies track visitors across websites and collect information to provide customized ads.
Others
Other uncategorized cookies are those that are being analyzed and have not been classified into a category as yet.
SAVE & ACCEPT
Scroll Up
error: Content is protected !!